When designing an assortment, a fundamental trade-off exists between estimating consumer behavior more precisely and solving the corresponding optimization problem efficiently. For instance, a mixture of logit model can closely approximate any random-utility choice model; however, it is not suitable for optimization when the number of customer segments and the number of products considered are large. As many companies are using big data and marketing analytics toward microsegmenting consumers, a choice model that is amenable in the problem size becomes necessary for assortment design. In this work, we provide a new approach to approximate any random-utility choice model by characterizing the estimation errors in a classical exogenous demand model and significantly improving its performance with a rescaling method. We show that the resulting approximation is exact for Multinomial Logit (MNL). If, however, the underlying true choice model is not MNL, we show numerically that the approximation under our so-called rescaled two-attempt model outperforms the widely used MNL approximation, and provides performance close to the Markov chain approximation (in some cases, it performs better than the Markov chain approximation). Our proposed approximation can be used to solve a general assortment optimization problem with a variety of (linear) real-world constraints. In contrast to the more direct Mixed Integer Optimization (MIO) approach that utilizes Latent Class Multinomial Logit (LC-MNL), whose running time increases exponentially in the number of mixtures, our approximation yields an alternative MIO formulation whose empirical running time is independent of the number of mixtures.

Several novel large volatility matrix estimation methods have been developed based on the high-frequency financial data. They often employ the approximate factor model that leads to a low-rank plus sparse structure for the integrated volatility matrix and facilitates estimation of large volatility matrices. However, for predicting future volatility matrices, these nonparametric estimators do not have a dynamic structure to implement. In this paper, we introduce a novel Ito diffusion process based on the approximate factor models and call it a factor GARCH-Ito model. We then investigate its properties and propose a quasi-maximum likelihood estimation method for the parameter of the factor GARCH-Ito model. We also apply it to estimating conditional expected large volatility matrices and establish their asymptotic properties. Simulation studies are conducted to validate the finite sample performance of the proposed estimation methods. The proposed method is also illustrated by using data from the constituents of the S&P 500 index and an application to constructing the minimum variance portfolio with gross exposure constraints. (C) 2018 Elsevier B.V. All rights reserved. 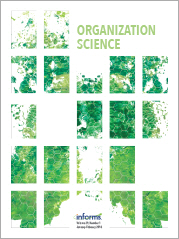