This study examines how PCAOB international inspections of non-U.S. auditors affect international Merger and Acquisition (M&A) outcomes. We find that clients of inspected auditors are more likely to become acquisition targets after the public disclosure of auditor's inspection report. We also find that deal completion is more likely and deal announcement returns are higher if deals involve targets with auditors for which inspection reports are available. Engagement deficiencies and unremediated quality control deficiencies identified in inspection reports weaken the positive effect of PCAOB oversight on M&A outcomes. Collectively, our results suggest that PCAOB oversight reduces information uncertainty in M&A deals.

The implementation of digital channels as avenues for economic transactions (e.g., online and mobile banking/FinTech) has shifted the paradigm of customer-bank interactions, providing unprecedented opportunities for both parties. The prevailing belief is that digital banking has several advantages, such as lower costs and higher information transferability for customers. These benefits can also promote competition between banks given customers' predilection for "multi-homing," or engagement with multiple banks. This study investigated the impact of customers' digital banking adoption on hidden defection, in which customers purchase financial products from competing banks instead of their primary banks. To this end, we developed an analytical model to provide insights into the effects of digital banking adoption while taking customers' multi-homing behaviors into consideration. We then conducted a series of empirical analyses using comprehensive individual-level transaction data to provide evidence of hidden defection. Our findings indicate that customers with higher loyalty exhibit greater hidden defection after digital banking adoption. Customers who engage primarily with personal-service channels (e.g., branches) show stronger hidden defection than do self-service channel (e.g., ATMs) users, and this effect is more prevalent among loyal customers. Our results provide valuable implications for omni-channel services in a market characterized by multi-homing behavior of customers. 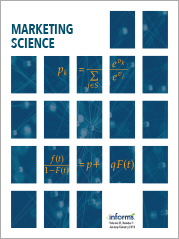 In a healthcare industry with capacity constraints, the best healthcare providers are often congested after quality information disclosure. This congestion can lead to the reallocation of urgent patients to low-quality healthcare providers. The reallocation can have a detrimental impact on the overall patient survival rate if sicker patients benefit more from the best providers. This paper provides the first empirical evidence regarding this problem in the context of the publication of cardiac surgery report cards. I find that these report cards can have a negative impact on positive assortative matching between patients and surgeons because of a reallocation of high-risk patients to low-quality surgeons. Despite the quality improvement in response to these report cards, such patient reallocation can still be a problem, conditional on the improved quality, and, thus, should not be ignored.

Financing dies in darkness? The impact of newspaper closures on public finance

We examine how local newspaper closures affect public finance outcomes for local governments. Following a newspaper closure, municipal borrowing costs increase by 5 to 11 basis points, costing the municipality an additional $650 thousand per issue. This effect is causal and not driven by underlying economic conditions. The loss of government monitoring resulting from a closure is associated with higher government wages and deficits, and increased likelihoods of costly advance refundings and negotiated sales. Overall, our results indicate that local newspapers hold their governments accountable, keeping municipal borrowing costs low and ultimately saving local taxpayers money.