Financing dies in darkness? The impact of newspaper closures on public finance

We examine how local newspaper closures affect public finance outcomes for local governments. Following a newspaper closure, municipal borrowing costs increase by 5 to 11 basis points, costing the municipality an additional $650 thousand per issue. This effect is causal and not driven by underlying economic conditions. The loss of government monitoring resulting from a closure is associated with higher government wages and deficits, and increased likelihoods of costly advance refundings and negotiated sales. Overall, our results indicate that local newspapers hold their governments accountable, keeping municipal borrowing costs low and ultimately saving local taxpayers money. 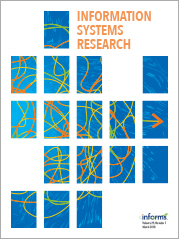 When Seeing Helps Believing: The Interactive Effect s of Previews and Reviews on E-Book Purchases

Online reviews offer consumers the indirect experience of products through others' consumption evaluations, whereas previews afford them direct experience through product trials. Although conceptual and empirical studies on the business ramifications of online reviews abound, little is known about how online previews moderate the effects of online reviews on sales. To cast light on this issue, the current research investigated the interactive effects of exposure to online previews and reviews on individual purchase decisions. We analyzed a unique two-month panel data set on 270,260 sessions that comprise clickstream data on consumers' exposure to previews and reviews and data on their subsequent purchase behaviors. On the basis of analyses underlain by a two-stage hierarchical Bayesian framework, we found that online previews positively influence individual purchase decisions. More importantly, significant interactions exist between previews and reviews, as evidenced by the decreasing positive effect of previews with increasing review volume and average review rating. In addition, previews can complement reviews when a high variance in the latter renders purchase decisions difficult. We further examined the sequence effect of exposure to previews and reviews and discovered that exposure to previews following the experience of reviews may exert a considerable positive influence on individual purchase decisions. The results from an additional field experiment and a text-based sentiment analysis reinforced the validity of our main findings by mitigating concerns regarding the endogeneity and the accuracy of the review quality, respectively. The findings provide practical implications with regard to the design of optimal strategies for releasing preview information to digital platforms. 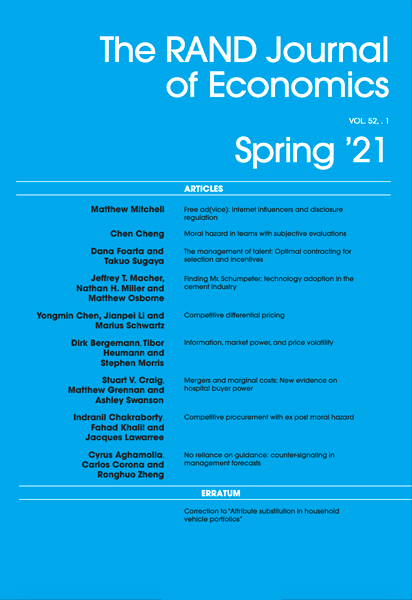 The benefit of collective reputation

We study a model of reputation with two long-lived firms who operate under a collective brand or as two individual brands. Firms' investments in quality are unobserved and can only be sustained through reputational concerns. In a collective brand, consumers cannot distinguish between the two firms. In the long run, this generates incentives to free-ride on the other firm's investment, but in the short run, it mitigates the temptation to milk a good reputation. The signal structure and consumers' prior beliefs determine which effect dominates. We interpret our findings in light of the type of industry in which the firms operate.

A model of pre-electoral coalition formation

In many countries, three or more candidates compete against one another in single-office elections. I present a model of three candidates competing for a single office in which two candidates can form a coalition prior to the election (a pre-electoral coalition). Since the candidates are both policy- and office-motivated, one candidate can incentivize the other candidate to withdraw his candidacy by choosing a joint policy platform. I examine how electoral environments such as election rules, ideological distance, and pre-election polls influence incentives to form pre-electoral coalitions. I find that pre-electoral coalitions are more likely to form (i) in plurality elections than in two-round runoff elections, (ii) as the threshold for first-round victory decreases in two-round runoff elections, (iii) as the two potential coalition partners' ideological distance increases, conditional on divided support, and (iv) as the fraction of office value which is transferable increases. Moreover, I analyze and compare voter welfare under plurality and the two-round runoff rules. 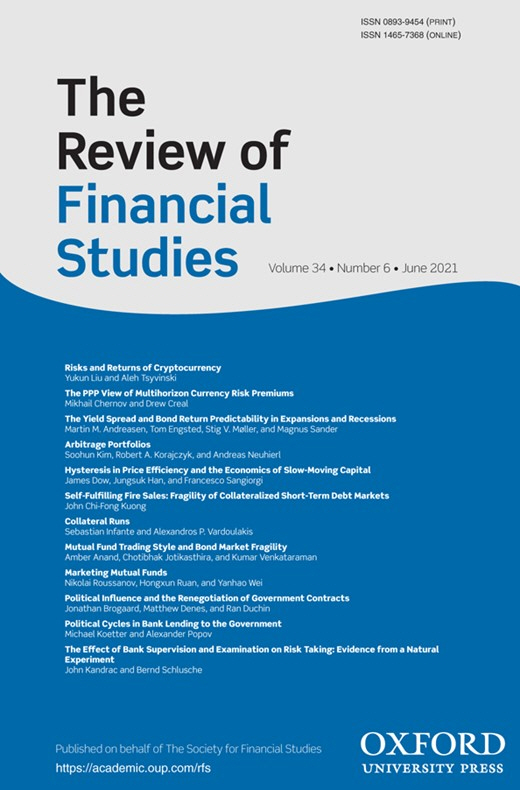 Matching in Housing Markets: The Role of Ethnic Social Networks

This paper investigates the role of ethnic matching between buyers and sellers in Singapore's public housing market. We find that sellers sell homes in blocks with a high concentration of their own (other) ethnic group(s) at significant premiums (discounts). Chinese sellers earn 1.7% higher premiums when selling homes to Chinese buyers in high Chinese concentrations housing blocks, but Malay sellers accept 1.6% discounts from Malay buyers in the same blocks. We find that the high volume of within-ethnicity transactions with the price discounts is supported by the ethnic social networks, that is, through ethnicity-specialized real estate agents.